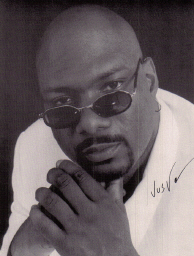 Davon Johnson A.K.A. Jusvon was born in Los Angeles California and grew up in San Francisco. He started playing drums at a very early age. At age 14 he had his first professional studio experience with the Legendary Taj Mahal. From that experience he went to play with such Blues Legends as Z.Z. Hill, Zora Young, Smokie Wilson, Sun Seals, Lee Shot Williams, Artie “Blues Boy” White, Brenton Wood, The Drifters, Percy Sledge, The Platters, Walter Cook and The Sweet Singing Cavaliers. He was the Drummer and Band Leader for Otis Clay. He also played with Sugar Blue formerly from the Rolling Stones, Michael Harris and Louis Satterfield from the Phoenix Horn section of Earth, Wind and Fire, Little Milton, Tyrone Davis and The Legendary Buddy Scott out of Chicago Illinois.

Jusvon has now launched a new solo career with his new C.D entitled “I’m Jusvon” on Parliament Records. He is now a highly sought after Blues, Gospel and Soul vocalist preparing for a national tour. His vocal influences are a cross between Otis Redding, Buddy Ace, and Wilson Pickett. Just as these Artists had experienced, so are the many experiences the Jusvon has encountered in his life and he just wants to share his passion with the World.

Jusvon plans to continue his writing and co-writing with/for some of the worlds leading producers and vocalist. His current album “I’m Jusvon” consists of original song and songs that were made famous by the Late Great Buddy Ace. His Live performances are always well received by audiences everywhere, due to the relevant content of his lyrics. He has something everyone can relate to.

Don’t sleep on this Artist; he truly has a story to tell. 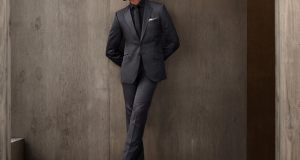 Copyright © 2020 by TNT Booking at http://tntbooking.com.