This is Rock ’n’Roll.

BANG THE UNION began as a response to too many years of turning on the radio and being faced with nothing but disappointment, going out to see band after band that never delivered, and throwing multitudes of new $16.99 CD’s to the trash heap when all that was found was affected angst and music that was colder than a grave digger’s ass. Billy Wench (singer) and Charles Garris (guitar), both veterans of the east-coast scene had had enough, and shanghaied long time friends, sometime bandmates and co-believers in the cause, James Grevas (bass) and Brett Ciaramella (guitar) into the fold. Matt Blackmon (drums) soon followed after an excruciating search for a drummer that understood.

With the first batch of songs in tow, BTU went into the studio and liked what they heard.  The self-produced result, AMERICAN DREAM, garnered enough praise to continue the fight (it so moved one fan from Philly so much that he cleared a place of honor on his mantelpiece between HIGHWAY TO HELL and POWERAGE in honorarium…)

After some time honing the act locally BTU then found that it was not alone-, the crowds started to get bigger at the shows, the applause louder, and the sense that the time had come grew…so off to FASTLANE RECORDS it went- the label that BTU knew would get it, want it, and know what to do with it.

BANG TH UNION is preparing for the re-release of AMERICAN DREAM                 (with two additional tracks added from the initial self-issued release) as well a cover of the venerable “He’s a Whore” for TRICKED OUT- the Cheap Trick tribute album soon to be released (Spring 2004) by FASTLANE RECORDS.

The act is in the initial stages of planning some select shows in support of the national release of AMERICAN DREAM. 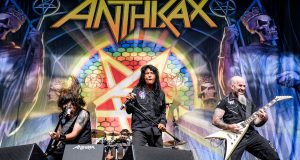 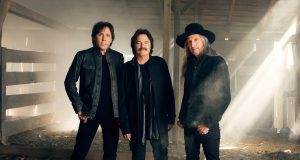